This “Heart News” section of the website  aims to update viewers about current events / developments / new findings of recent research etc. about the heart and is likely to be of interest to everybody. The heart news snippets have been carefully chosen to be of relevance and benefit all viewers of this section. The information here is not a substitute for an “in person” consultation with a heart specialist. It only seeks to supplement that information.

11th December 2020.
The ability to climb four flights (60 steps) of stairs in less than a minute may be a good indicator of a healthy heart according to a recent study presented at the European Society of Cardiology. According to Dr. Jesús Peteiro, one of the authors of the paper who is also a cardiologist at University Hospital A Coruña, Spain, if it takes you more than 90 seconds to climb four flights of stairs, your cardiac health may sub optimal, and it would be a good idea to consult a specialist.

The study looked at 165 patients with known or suspected coronary artery disease. Participants ran on a treadmill, gradually increasing its speed and inclination, and continued until exhaustion. Exercise capacity was measured as metabolic equivalents (METs). After resting for 15 minutes, the subjects  were asked to climb four flights of stairs (60 stairs) at a brisk speed without stopping, and the time taken was recorded.The researchers looked at  the relationship between Metabolic Equivalents (METs) achieved during exercise testing and the time it took to climb four flights of stairs.

Patients who climbed the stairs in less than 40-45 seconds had achieved more than 9-10 METs. Previous studies have shown that achieving 10 METs during an exercise test is associated with a low mortality rate (1% or less per year, or 10% in 10 years) from cardiac causes. In contrast, patients who took 1.5 minutes or longer to climb the stairs achieved less than 8 METs, which translates to a cardiac related mortality rate of 2-4% per year, or approximately 30% in 10 years.

15th October 2020.
20% of the heart disease burden is caused by the direct and indirect effects of tobacco according to the WHO in a recent report. If one stops smoking, there is an almost 50 % reduction in the risk of CVD after a year.

Complications during pregnancy such as an abortion, pre-eclampsia, eclampsia, gestational diabetes and pre-term delivery may be linked to an increased  risk of heart disease later in life, according to a recent article published in The BMJ. Other factors that have been implicated include use of combined oral contraceptives, polycystic ovary syndrome, and early menopause. A longer duration of breastfeeding was associated with a reduced risk of cardiovascular disease later in life.

1st October 2020.
People in poor heart health more likely to give their doctors low marks according to a recent study published in the Journal of the American Heart Association. The research sought to shed light on cardiovascular health and how it influences people’s impression of their health, their health care providers and their over all health care experience. The study looked at data from 177,421 adults from 2006 to 2015. the study found that people with poor heart related health issues were 21% more likely than those with healthy hearts to say their doctors didn’t listen to them patiently, explain things in a way they could easily understand them or show them enough respect.

Older women, who sit more have a higher risk of Heart Disease according to a recent heart news related study published in the journal of the American Heart Association. The study looked at the sitting habits of 518 older women with an average age of 63 who were also overweight or obese. Participants in the study wore activity monitors on their hips for 14 days except when sleeping, bathing or swimming.

The devices tracked sitting and physical activity of the subjects. Sitting behavior was measured by total sitting time each day, and the average time of uninterrupted periods of sitting during  the day. Overall, post-menopausal Hispanic women sat for an average of 8½ hours per day, compared with more than 9 hours per day among non-Hispanic women.

The study found that sitting for longer was associated with a higher risk for heart disease and diabetes, given higher levels of body mass index (BMI), waist circumference, fasting blood sugar, insulin, and triglycerides—a type of fat in the blood. Each additional hour of sitting time each day was associated with higher BMI, waist circumference, insulin, and insulin resistance.  The risks of sitting for too long was more among women who were obese. The association  between sitting time and heart disease risk persisted even after factoring in the beneficial effects of exercise

11th September 2020.
Adults with fatter legs have a higher percentage of total body fat  in their lower limbs. They are surprisingly less likely than those with thinner legs to have high blood pressure, according to new research to be presented at the upcoming virtual American Heart Association’s Hypertension 2020 Scientific Sessions. The meeting is a premier global exchange for clinical and basic researchers focusing on recent advances in hypertension research. The study has a few limitations and and the findings need to be confirmed by larger and more robust trials.

5th September 2020.
Where you live could impact your cardiovascular health positively or negatively according to to recent study published in the journal Circulation. This is breaking heart news is an eye opener and an official statement from the American Heart  Association. This bit of heart news is likely to cause a lot of ripples.

29th August 2020.
Findings from a pan-european heart news study done in 18 countries finds that if LDL cholesterol levels are not low enough despite optimal doses of

statins, the addition of a non-statin cholesterol lowering agent (Ezitemebe) as a combination therapy could be very beneficial especially in those with the highest risk of developing cardiovascular disease. The findings of the study lead by Prof Kausik Ray from the Imperial School of Public Health and president elect of the European Atherosclerosis Society have been recently published in the European Journal of Preventive Cardiology and will also be presented at the virtual meeting of the European Society of Cardiology 2020.

7th August 2020.
LDL Cholesterol (“bad cholesterol”) was for many years thought to be the villain in development of heart disease and always made the heart news related headlines in medical literature. This may not be entirely true according to a recent study published in the BMJ.

5th August 2020.
Not all antidiabetic drugs are the same for people with coexisting heart disease. Sodium Glucose Co-Transporter 2

Inhibitor drugs such as Canagliflozin, Dapagliflozin and Empagliflozin, Remogliflozin, apart from lowering blood sugars also have other beneficial effects including lowering of systolic BP, increased natriuresis (sodium excretion), weight loss and renoprotective effects according to the recently updated guidelines of the ACC. They however have a rare but serious side effect – necrotizing fasciitis and must be prescribed with caution under close medical supervision. 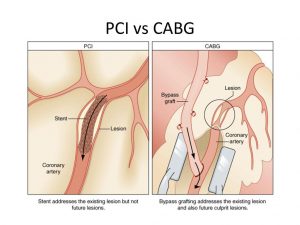 Diabetics with multi vessel coronary artery disease are best treated by coronary artery bypass graft surgery (CABG) rather than stenting (PCI) according to a recent study published in the Seminars in Thoracic and Cardiovascular Surgery Journal. This snippet of “heart news” has been known for a while now but is unfortunately not always put into clinical practice.

1st August 2020.
Good control of blood sugar in diabetics is a well known prerequisite to reduce adverse cardiovascular events. If this control is too tight and results in recurrent hypoglycemia, cardiovascular morbidity, and mortality is actually increased according to a recent study published in the Journal of the American College of Cardiology.

22nd July 2020.
If the surface of your heart contains a thick layer of fat (epicardial adipose tissue – EAT), you are likely to have more severe coronary artery (CAD) disease. Echocardiography can now reliably determine the EAT thickness and help in prognostication in patients with severe diffuse CAD.

Acute myocardial infarction (heart attack) is a common reason for presentation to the hospital as an emergency. Does the management change during these COVID 19 times. Is the acute coronary event primary, or is it a secondary manifestation as a result of COVID 19 infection? The Cardiological Society of India consensus document throws some light on these issues.

17th July 2020.
Modern sulfonyl ureas such as Glimipride are commonly used to treat type 2 diabetes. There have been some concerns regarding the use of  Glimipride in patients with heart disease. The results of the CAROLINA Trial have put an end to these fears.

F.F.R. measurements are very important for decision making in coronary interventions and coronary bypass graft surgery especially in “borderline” stenoses. The usage of FFR  has been constrained as a special expensive catheter and and invasive coronary angiography was required. This may change. New technnologies may allow noninvasive FFR calculations based on CT coronary angio pictures. This could be a game changer in the future.