17th November 2021.
An interesting update on the official website of a top US hospital. Read more.

28th May 2021.
A group of researchers has found that the Tsimane indigenous people of the Bolivian Amazon region have remarkably less brain atrophy than their American and European peers. The study looked at 746 Tsimane adults between the ages of 40 and 94 years. They were studied 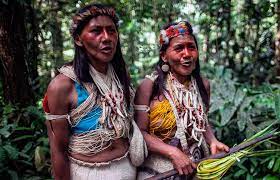 with CT scans of the brain and other blood tests. Their  decrease in brain volumes with age was found to be 70% slower than in Western populations! The findings of their research has been recently published in the journal of Gerontology.  Accelerated brain volume loss is a well documented be a sign of impending dementia. The Tsimane have little or no access to health care but are extremely physically active and consume a high-fiber diet that includes vegetables, fish and lean meat. Their lifestyle is thought to be the reason for their resistance to dementia. according to an earlier study published in the Lancet, the Tsimane people have the lowest incidence of atherosclerosis in the world as well!

30 minutes (equivalent to 2% of 24 hours) of moderate intensity physical activity  has been recommended by the American Heart Association as vital to keep the heart in good shape. New research recently published in the British Journal of Sports Medicine reveals that that recommendation may be inadequate if you are a couch potato for the rest of the 98% of day and night!  If you are sedentary for 11-12 hours of the day and most of the night, this could be grossly insufficient and offer no cardiac protection say the authors of the study. The researchers found that indulging in three minutes of moderate to vigorous physical activity, or, 12 minutes of light physical  activity per hour of sitting was optimal for improving cardiac health and reducing the overall risk of early mortality.

7th May 2021.
Even if your BMI is normal, if you have a disproportionately large amount of fat around the belly you have a significantly higher risk of cardiovascular disease according to new research published in the journal Circulation.

21st April 2021.
An interesting app based observational study recently published in the British Medical Journal seems to suggest that some micronutrients and some supplements may have a possible protective effect against aquiring a COVID 19 infection. Although all observational studies have some inherent flaws, this study is a big one involving a large number of app users. The analysis has thrown up some interesting results.

14th March 2021.
Spiritual fitness and specifically the practice of Kirtan Kriya was associated with a significant reduction in the risk of development of  Alzheimer’s disease according to very interesting research recently published in the Journal of Alzheimer’s Disease. Dr George Perry, Editor-in-Chief of the Journal and Professor of Biology & Chemistry, Semmes Distinguished Chair in Neurobiology, University of Texas at San Antonio, said , “living a brain longevity lifestyle including spiritual fitness is probably the only proven way to prevent this dreadful disease.”

The most popular and sought after health supplements in the year gone by has been Zinc and Vitamin C. These two additives were thought to be potent immunity boosters that prevented the COVID 19 virus from causing the dreaded disease in you. A recently published article in the JAMA however has found some sobering results. The study found that combining Zinc and Vitamin C with conventional COVID 19 drugs yielded no additional benefits in term of recovery time and disease severity. Its probably time to stop tanking up on Zinc and Vitaminc C.

28th January 2021.
According to a recent paper published in the journal Nature Aging, a predisposition for developing the dreaded Alzheimer’s disease could be predicted based on high levels of a specific protein SVEP1 that can be measured in the blood.