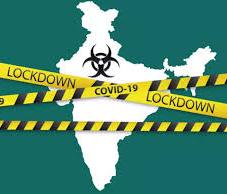 Did the lock down help?

The lock down imposition:

Understandable skepticism prevails as the number of “confirmed cases” is hitting a new high almost every day even as we are about 6 months into the pandemic. Currently, in India, there are over 400,000 confirmed cases across the country. Did the lock down help? It surely brought along with it an abrupt deceleration in economic activities across the board. This in turn has lead to loss of livelihoods and untold misery. Social media began to be abuzz with the caption “die of COVID 19 or die of starvation – a stark choice”!

Did the lock down help? Yes it has.

Did the lock down help? In our opinion, the lock down did certainly achieve its intended objective. It certainly helped to flatten the curve though it has brought with it (as was anticipated) a lot of economic hardship. During a pandemic as time passes the chances of survival are certainly greater if one gets infected later in the course of the pandemic rather than sooner. In the initial phases,  medical specialists and scientists were grappling with the identity, and infectivity patterns of the pathogen. As time went by more and more clarity began to emerge.

Initially COVID 19 was thought to kill by causing a pneumonia like illness in the host. Use of ventilators for patients in respiratory failure was therefore thought to be the logical thing to do. It later became evident that the virus does not cause a pneumonia like illness but induces thrombosis (blood clot formation) in the small blood vessels of the lungs, initially, and other organs, subsequently.

After this became known, the treatment strategy was modified to include medications to dissolve the micro clots and additional oxygen support through non invasive ventilation / high flow oxygen, rather than conventional ventilation. This change in the treatment protocol brought about a significant reduction in mortality. Patients who were infected later in the course of the pandemic benefitted greatly compared to the unfortunate patients who were infected earlier in the pandemic. Did the lock down help? Yes it certainly gave medical professionals time to study the pathogen and beef up the existing health care infrastructure.

Did the lock down help to identify happy hypoxia?

Earlier in the pandemic the phenomenon of “happy hypoxia” was unknown. COVID 19 induces a state of hypoxia which does not trigger the usual reactions / compensatory mechanisms in the host. The host is unaware of the existence of hypoxia till the oxygen saturation reaches very low levels. This resulted in sudden fatalities.

Later in the pandemic, after the phenomenon of happy hypoxia was recognized, the oxygen saturation in all COVID 19 patients began to be monitored with a finger based pulse oximeter. Hypoxia began to be picked up much before it reached critically low levels. Mortality consequently began to decline later in the pandemic.

Did the lock down help to identify drugs for COVID 19?

Earlier in the pandemic, knowledge about which antiviral drug (or combination of drugs) was to be used was very sketchy. Later on, as results of more and more studies began to pour in the best combinations of drugs began to become clear and their inclusion, in the early stages of the infection began to bring down mortality figures.

Did the lock down help to identify the Cytokine storm?

Earlier in the pandemic, the cytokine storm, (a hyper exaggerated immune response to the infection) in the lungs caused extensive mortality. Subsequent studies showed a significant reduction in mortality figures with the use of steroids (dexamethasone and similar drugs) which are known to blunt the severity of cytokine storm.

Did the lock down help to discover a vaccine for COVID 19:

Did the lockdown help? It has certainly given medical professional time to work on a protective vaccine. Several candidates for a vaccine against COVID 19 are in various stages of development and clinical trials. There is a very good chance of a successful vaccine becoming commercially available in the next 12 to 24 months. The beneficial effects of a vaccine were unavailable to those unfortunate people who were infected early on during the pandemic.

All the above observations support the hypothesis that if one gets infected later in the course of the pandemic, the chances of survival are far better. If the lockdown has managed to flatten the curve of infections and thus postpone the infection in many subjects it has helped in bring down the mortality figures and has therefore achieved its objective. The economic cost of this mortality reduction can however not be ignored.