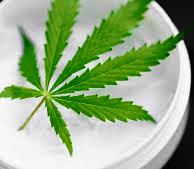 The association between Cannabis and heart disease is a subject of ongoing research all across the world especially after some forms of Cannabis have been legalized. The Cannabis Sativa (Marijuana) is a flowering herb that grows in the wild but also has been cultivated across the world from time immemorial for recreational, medicinal, agricultural and industrial uses. The Cannabis plant contains a group of terpeno phenolic compounds called Cannabinoids in abundance. Over 100 Cannabinoids have been identified. The properties of the various Cannabinoids are distinct from one another. One specific cannabinoid (THC) links Cannabis and heart disease.

The two Cannabinoids found most abundantly in the Cannabis Sativa plant are delta 9 tetrahydrocannabinol (THC) and Cannabidiol (CBD). As these two are the most abundant Cannabinoids, they have been used and studied more extensively than all the others. THC is the causative link between Cannabis and heart disease. It is also a potent psycho active Cannabinoid and causes the “high” that is typically associated with Cannabis. CBD however is not psychoactive, it does not cause a “high”, but has many beneficial medicinal uses.

Cannabis Sativa plants have been categorized depending on the amount of THC they produce and also depending on the THC / CBD ratio in them. Plants that have a high THC content and a high THC/ CBD ratio are used for recreational purposes. They are harmful. They are also illegal in most parts of the world. THC is the causal link between Cannabis and heart disease.

Plants that have a low THC level and a high CBD level have many beneficial medicinal uses and are called “medical marijuana plants”. According to the World Health Organization (WHO), Cannabis is the most commonly abused, trafficked, and cultivated illicit and illegal drug in the world. For the record however, famous Cannabis farmers include previous US presidents George Washington and Thomas Jefferson. They cultivated Cannabis on a large scale despite knowing the links between Cannabis and heart disease.

Conventional Marijuana:
Typical Marijuana  contains more than 0.3% THC by dry weight. It is derived from the flower buds of the Cannabis plant.
Marijuana (English) / Ganja (Sanskrit) are almost synonymous with each other.

Medical Marijuana:
Medical Marijuana plants typically have a Cannabinoid mixture containing less than 0.3% THC by dry weight and a much higher content of CBD. The higher CBD content is responsible for the medical benefits of Cannabis. It however does not give the user a “high” and is therefore not addictive.

Hashish:
Hashish is derived from the resin and other extracts of the dead Cannabis Sativa plant. Hashish typically contains more THC than Marijuana (much more than 0.3% THC by dry weight)  as the extraction process makes the product more pure and therefore more potent.

Charas:
Charas is a Cannabinoid mixture (containing more than 0.3% THC by dry weight) derived from the resin and other extracts of the live Cannabis Sativa plant. Regular use of Charas enhances the link between Cannabis and heart disease in the user

Bhang:
Is an edible preparation of marijuana made from the leaves and stem of the Cannabis Sativa plant along with other ingredients such as sugar, clarified butter (ghee) and some spices. Bhang originated in India and continues to be extensively used especially during the festival of colours – Holi.

Pot:
Pot is a word likely derived from Spanish Potiguaya, and was used to describe Cannabis leaves.

Hemp:
The term “hemp” is used to describe the soft fibre derived from the stem / stalk of Cannabis that contains 0.3 percent or less THC content by dry weight. Hemp fibre has many beneficial dietary and industrial uses. It has negligible psychoactive or medical uses.

The typical Cannabis Sativa (Marijuana plant) contains approximately 17% THC and about 0.2% CBD in its leaves and stem. The Hemp plant is a unique subspecies of the Cannabis plant that contains about 15-18% CBD and less than 0.3% THC in its leaves and stem. Hemp seeds (derived from the Hemp plant) contain 0% THC but also very little CBD. Hemp derived Canabidiol is therefore very popular as it considered to be a pure and potent form of Cananbidiol and contains very little THC. Hemp seed, and Hemp seed derived oil contain much much less Canabidiol and virtually no THC.

Why is 0.3 percent sacrosanct? 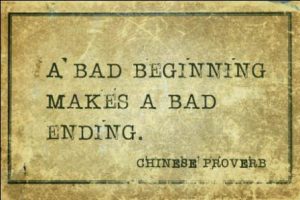 This definition was first proposed in 1979, in a book authored by Ernest Small titled “The Species Problem in Cannabis: Science & Semantics.” In the book, Ernest Small addressed the fact that it’s difficult to distinguish Hemp from Cannabis because there’s no actual taxonomical difference between the two. He therefore proposed the 0.3 percent rule as a possible solution, but he himself acknowledged that it was just an arbitrary number!! This number was used in the legal definition of Hemp, as specified in the Agricultural Act of 2018 and other laws in the United States.

Legally, “Marijuana” refers to cannabis that has more than 0.3 percent THC by dry weight. THC content can vary among cannabis plants. Some strains are specifically bred to be higher in THC for a enhanced but dangerous “high”.

THC is the chemical that links Cannabis and heart disease.

CBD and grapefruit – what’s the link?

Grapefruit contains compounds called furanocoumarins. These compounds are known to enhance or suppress the action of some important enzymes in the liver (CYP 450) and intestines (CYP 3 A4) that are responsible for the breakdown and elimination of many common drugs including some cardiac medications.  The blood levels of these drugs could be subtheraputic or toxic when they are consumed with grape fruit.  CBD has actions that are very similar to those of grapefruit.

A classical example would be Warfarin – one of the most commonly prescribed blood thinners. The effects cardiac medications such as Warfarin are well known to be augmented by CBD. This augmntation could result in high (toxic) levels of warfarin in the blood if warfarin is combined with grape fruit. An appropriate rule of thumb to go by if you are on cardiac medications and are considering Canabidiol as well, is, to avoid Canabidiol if any of your cardiac drugs have a grapefruit warning on the label.

CBD could be used as an oil, lotion, cream, gummy.

The American Heart Association on Cannabis and heart disease.

How do you evaluate a CBD product.

CBD is not currently regulated by the FDA since it is not classified as a drug. It is considered as a supplement and can be obtained easily like any other OTC product. There are therefore few quality checks and dosage guarantees. What you see on the outside label may not be what you are actually getting! A genuine CBD product has the following characteristics.

Stay away from a CBD product if

Side effects of CBD.

CBD products derived from hemp with less than 0.3 percent THC are said to be legal according to federal law, but could be illegal under some state laws.

The bottom line and a Disclaimer.

This write up does not seek to promote the use of Cannabis in general or endorse any specific brand of Cannabis / Marijuana in particular. The purpose of the article is to try and disseminate genuine information about Cannabis and heart disease. The links between Cannabis and heart disease always worry Marijuana users. It is best to always ask your doctor for personalized advice regarding the safety of using any form of Marijuana along with your current cardiac drugs. Do not draw any firm conclusions regarding Cannabis and heart disease without also consulting your regular medical doctor. Also, do not make any decisions based solely on the contents of this write up without also consulting a qualified specialist medical doctor.

4 thoughts on “Cannabis and Heart Disease”